Senior EU health officials said on Monday that AstraZeneca has not made enough efforts to resolve the dispute caused by the delay in delivering the COVID-19 vaccine to the EU. 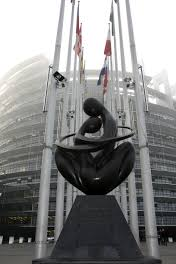 After Pfizer  announced a temporary slowdown in vaccine supply earlier in January, this also shows the frustration of the European Union.

AstraZeneca, which cooperates with Oxford University, told the European Union on Friday that it would not be able to achieve the agreed supply targets until the end of March.

An EU official involved in the negotiations told Reuters that this meant cutting it by 60% to 31 million doses, which dealt a blow to the group, which has been criticized for its vaccination campaign lagging behind the United States and the United Kingdom.

After the accidental announcement on Friday, the European Union asked AstraZeneca to find a flexible way of administration and urged it to disclose vaccine production and distribution data.