Zaki Yamani the architect of 1973 oil embargo, dies at 90

Saudi Arabia’s National Television reported that Ahmed Zaki Yamani, the longtime Saudi Minister of Petroleum who planned the OPEC embargo that plunged the Western economies into recession in 1973, has died in London at the age of 90. 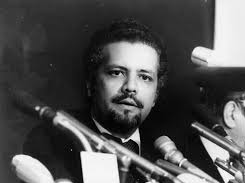 Yamani became Saudi Oil Minister in 1962. During his nearly 25-year tenure, he promoted Saudi Arabia as an oil power.

Zaki Yamani was born in Mecca on June 30, 1930, as one of three children. His father, Hassan Yamani, a Qadi person from Higaz, is also a respected scholar of Islamic law, serving as a Grand Mufti in Indonesia and Malaysia.

His grandfather was Grand Mufti in Turkey. The Yamani surname originates from Yemen from where his paternal ancestors originated.

It was in the 1970s that he became an international figure and was condemned in the West for planning an oil embargo after the Arab-Israeli War in 1973. The Arab members of the Organization of Petroleum Exporting Countries (OPEC) cut off the supply of crude oil to the United States and other industrialized countries to punish them for supporting Israel. In just a few months, the price of crude oil quadrupled from US$3 per barrel to US$12. The United States introduced gasoline rationing and restricted speeds of 55 mph nationwide.

In December 1975, Yamani and other OPEC ministers were taken hostage by the terrorist Carlos (the Jackal) in Vienna, Austria. The hostages were released after flying over North Africa for two days, although Carlos planned to execute Yamani with his Iranian counterpart Jamshid Amuzegar.

In 1990, Yamani established the Global Energy Research Center, a market analysis group, and has been involved in private investment and cultural foundations.

The police said thousands of people took part in the latest protests against coronavirus restrictions in Vienna on Saturday and were arrested for violating the Public Order Act and Covid’s regulations.    Many protesters did not wear masks and did not observe social distancing when they reached the park through the center of the […]