Far-right offenses increased by almost 6% to 23,064, accounting for more than half of all politically related attacks, the largest number since police began tracking such statistics in 2001.

According to Seehofer, violent crimes categorized as political in nature increased by almost 20% year over year to 3,365, with 11 murders and 13 attempted murders.

“These figures are extremely concerning, mostly because a pattern has emerged over the past few years. We saw a further polarization in the national debate after the pandemic” he said.

Security is becoming a major political problem as the country prepares for a national election in September.

Far-right extremists are attempting to provoke violence against state agencies by using public outrage over COVID-19 lockdowns, according to German intelligence.

A racist gunman shot nine people in shisha bars in the western city of Hanau, and a Syrian man attacked a gay couple in Dresden with a knife, killing one person” Seehofer said.

Prosecutors in Germany announced on Tuesday that they had arrested a man suspected of delivering hate mail to public figures using the acronym of a neo-Nazi gang accused of killing ten people.

The 53-year-old suspect was apprehended after a raid of his Berlin flat. He is accused of delivering threats and hate messages to left-wing national and regional leaders, as well as a Turkish-German prosecutor who prosecuted victims of far-right crimes, over a three-year period.

Prosecutors said the perpetrator signed his letters “NSU 2.0,” a nod to the National Socialist Underground (NSU) party, which is accused of killing eight Turks, a Greek, and a German policewoman between 2000 and 2007. 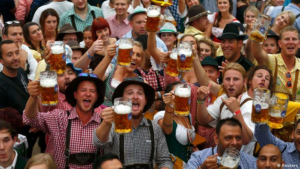