The 516 Aroucapedestrian suspension bridge in northern Portugal was completed by Portugal’s Institute for Research and Technological Development for Construction, Energy, Environment, and Sustainability. 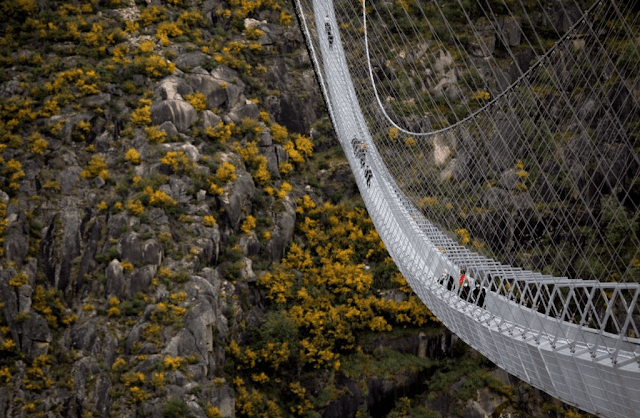 The 516-meter-long bridge, which connects two hills with granite cliff faces in the Arouca Geopark, is suspended 175 meters above the Paiva river.

The bridge was designed as a tourist attraction for the Arouca region by the Institute for Research and Technological Development for Construction, Energy, Environment, and Sustainability, and provides views over the Pavia Gorge and toward the nearby Aguieiras Waterfall. 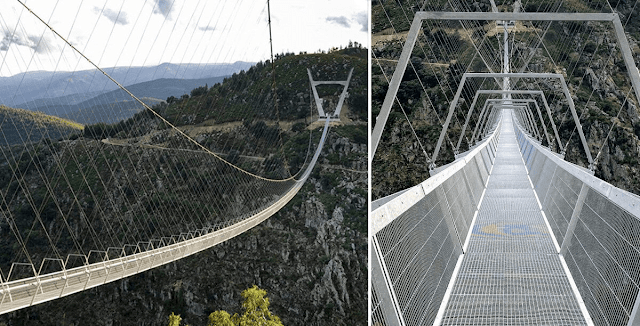 It’s right next to the Paiva Walkways, an eight-kilometer loop that snakes its way across the Arouca hills.

While the Baglung Parbat Footbridge in Nepal also claims this tag, the developers believe the bridge is the world’s longest pedestrian suspension bridge. 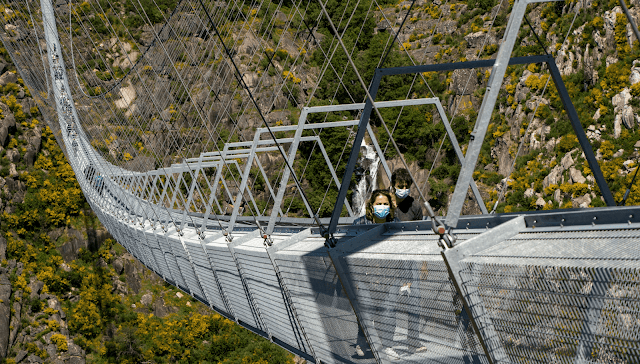 “As we have said,” a spokeswoman for the local government said, “it is the biggest in the country.”

“With a length of 516 meters and a height of 175 meters above sea level, it is the highest in terms of construction and power.”