Florence: The city of Renaissance charm

The city of Florence is actually the capital of Italy’s Tuscany area and stands alongside the scenic banks of the Arno River, close to the Tyrrhenian and Adriatic Seas. Bustling with local industry, which includes arts and crafts, commerce and tourism; Florence is a particularly historic location, steeped in heritage. 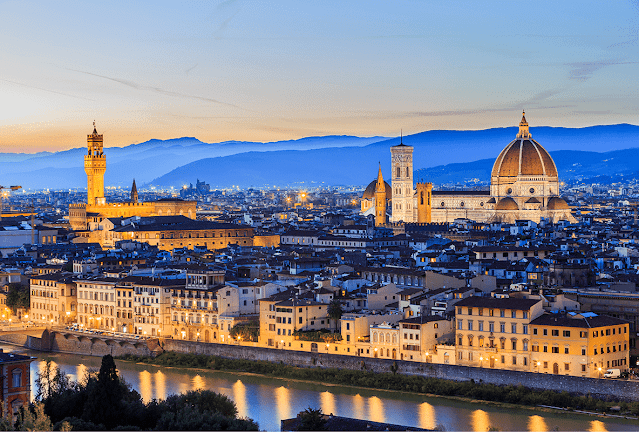 One of the most desirable places to visit in Italy, Florence was originally founded by Romans during the first century and grew dramatically between the 1200s and 1600s. Of particular importance, the Medici family, who ruled over Florence during the 15th century, were responsible for many of the city’s most spectacular landmarks, buildings and monuments, most of which remain in excellent condition.

The Florence area features a well-structured public transport network, comprising of main railway lines, orange ATAF buses and local taxis that congregate at various taxi ranks and around the piazzas. Renting a car is one of the most popular ways to travel around the Tuscany area and the A1 Motorway connects Florence to many major Italian cities, such as Bologna, Milan, Naples and Rome. Also the A11 Motorway links Florence to Lucca, Pisa and a number of coastal resorts.

Florence is easy to reach from around the world and the city’s Amerigo Vespucci Airport is nearby. Just 5 km / 3 miles from the city center, the Florence Vespucci Airport offers modern facilities and is home to a number of important international and Italian airlines.

With a thriving commercial city centre and many businesses supporting the services and financial sector, Florence is a wealthy city. Nowadays, with tourism being an equally important industry in the city, many local crafts boost the economy, such as jewellery, leatherwork and ceramics, together with hotels. Florence contains a number of notable, medium-sized companies, including engineering firms, publishing and textile businesses. 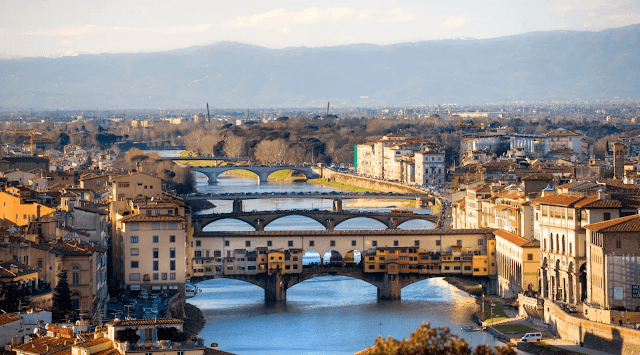 Hotels in Florence are often fairly expensive throughout the year and many are centrally located, although a number of popular cheaper alternatives are available. Accommodation during the peak season quickly becomes fully booked in the most popular hotels and it can be advisable to book at least two weeks ahead. If you decide to rent a car, ensure that the hotel has car parking space available before booking. Hotels can be found all around the city centre, in the green Viale dei Colli area, close to the Santa Maria Novella train station, alongside the Arno River and on the city outskirts.

Tourism in the Florence area is important and thousands of people choose to visit this part of Tuscany each year, to enjoy the scenic views, historical buildings, stunning architecture and famous works of art. Must-see attractions in Florence include a number of magnificent palaces, such as the Palazzo Vecchio, Palazzo Medici-Riccardi and Palazzo Strozzi. Other attractions include the Piazza del Signoria, the Teatro Comunale (theatre), the arched Ponte Vecchio bridge, the historic Campanile di Giotto and the world-famous Duomo / Santa Maria del Fiore also known as the ‘Cathedral of Florence’.

Top museums in Florence contain many important art exhibitions and outstanding exhibits. Worth a visit are the National Archeological Museum, the Uffizi Gallery and the Academy Gallery, amongst many others. Also, the Chianti area, which is situated between the city of Florence and nearby Siena, features one of Italy’s most stunning countryside landscapes and is also home to a number of famous vineyards.

Restaurants in Italy are known as ‘Ristoranti’ or ‘Trattories’ and are widespread in Florence, with many different kinds of cuisine readily available. Menu prices do not usually include service charges and these are added to the bill, together with any further cover charges (‘coperto’). Therefore, tipping in Florence restaurants is not strictly necessary, although always very much appreciated. Lunch in the city is generally taken around 13:00 and is the main meal of the day, with dinner being eaten between 20:00 and 21:00. 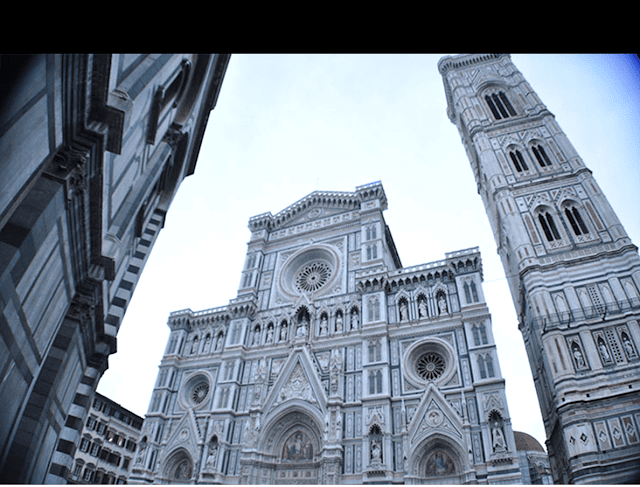 The city of Florence features fairly temperature weather, with notable hot, sunny summer months and cooler, breezy winters. Temperatures between the months of July and August are at their hottest and reach highs of up to 32C / 90F. January tends to be Florence’s coldest month with daytime temperatures only reaching 9C / 48F, although lows of 1C / 34F may be experienced.