According to the European Parliament, Romania and Bulgaria should be granted full membership in the Schengen passport-free zone.

The request was included in the yearly report on the operation of the Schengen region by the European Parliament.

Croatia likewise satisfies all technical conditions to be part of the controls-free travel region, according to that study, which gained overwhelming approval from MEPs (505 votes in favor, 134 votes against, and 54 abstentions).

“Further to its numerous requests for the full application of the Schengen acquis in Bulgaria and Romania, urges the Council to honor its commitment and take an immediate decision on the abolition of checks at internal land, sea, and air borders, allowing those member states to rightfully join the area of free movement without internal border controls; is prepared, when consulted by the council in accordance with Article 4 of the Act of Accession, to express its opinion on the full application of the provisions of the Schengen acquis in Croatia”, according to the full text of the relevant part of the report.

The commission urged the European Council to approve the removal of restrictions in Romania, Bulgaria, and Croatia, as well as their inclusion into the Schengen area.

The ultimate decision on Schengen-zone membership is a political one that must be unanimously adopted by all members of the European Council, the EU body comprised of the heads of state or government of all EU member nations.

After being adopted by the European Parliament in June 2011, it was rejected by the Council of Ministers in September of same year, with the French, Dutch, and Finnish governments citing concerns over anti-corruption and organized crime measures.

While France moved its support to Romania’s candidacy, Germany, Finland, and the Netherlands remained to oppose it. 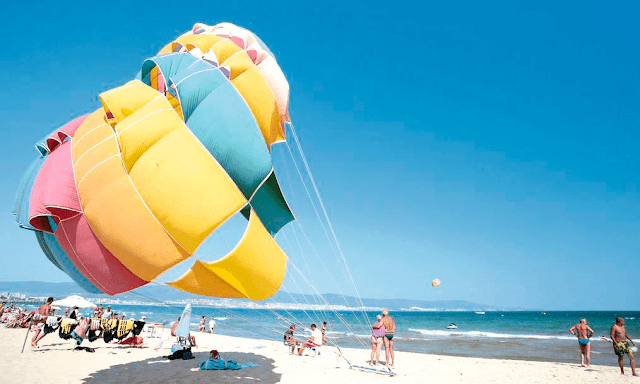 In 2018, the European Parliament passed a resolution in support of both nations’ admission, urging the European Council to “move promptly” on the issue.

Check out some of the cheap Varna holiday deals you can book now for August including some all-inclusive options too!

The southeastern Balkan country, Bulgaria, is known for its natural beauty, hot springs, and many historic sites recognized by the United Nations Educational, Scientific and Cultural Organization (UNESCO). You can enjoy Sofia’s nightlife or architecture, ski in the resorts of Bansko, relax on the quiet beaches of Varna and Nessebar or visit some of […]

According to data from the Romanian travel website Romanian Friend, there were some noteworthy differences in how foreign tourists visiting Romania this summer spent their vacations amid the Covid-19 pandemic.   Despite the lesser numbers, there are noticeable trends, such as an unexpected preference for nature trips and a – predicted – aversion to traveling […]

Why Romania is a Holiday Must This Summer

Planning a vacation? Well Romania is the place to beit is the most diverse country in terms of climate, terrain, flora and fauna; snow capped mountains and a sultry coastline- you can ski on snow or on water!   It is located in southeastern Europe. Romania is surrounded by Ukraine to the north, Hungary to […]