Calabria, in southern Italy, is planning to pay up to €28,000 ($33,000) in compensation to anyone willing to relocate to its tiny communities over a three-year period. But there’s a catch: Applicants must be under 40 years old and eager to establish a business to be considered.

The idea, dubbed “active residence income,” intends to do more than just entice immigrants to Italy by promising them one-euro dwellings. One of the objectives is to improve Calabria’s appeal as a location for “south-work,” which is southern Italy’s version of remote working.

Calabria, like other parts of Italy and Europe, contains a number of villages with populations of less than 5,000 people. The difficulty is that as elderly inhabitants die and younger residents seek jobs in larger villages or cities, the small villages’ numbers are fast dwindling.

In a news conference, Gianluca Gallo, a regional councilor for Agriculture and Economic Development for the area, said the plan to revitalize the area with new residents and businesses is a “concrete response to the depopulation of the internal areas that still have so much to say in terms of architectural and tourist enhancement.”

For those who, like Gallo, are enterprising and wish to live a new life, here are the specifics.

First and foremost, they must have achieved the age of majority and be under the age of 40. They must also be prepared to relocate to one of the Calabrian villages, which have populations of less than 2,000 people, within 90 days after being approved into the program.

Calabria is located in southern Italy. Civita, Samo, Precacore, Aieta, Bova, Caccuri, Albidona, Sant’Agata del Bianco, Santa Severina, and San Donato di Ninea are among the communities taking part. This implies that eligible candidates — and you, if your enterprising children are interested — may choose from a number of villages located near the sea or on mountainsides. 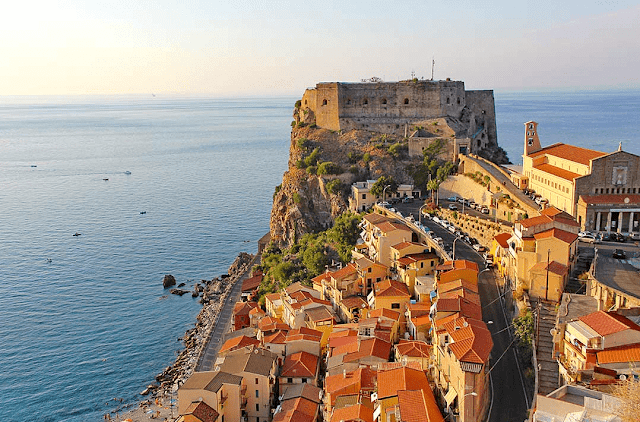 Check out some of the cheap Tropea holiday deals you can book now for August including some all-inclusive options too!