Enjoy fast track access to the Alhambra, Generalife and Nasrid Palaces on a guided tour. Marvel at the architectural styles of this UNESCO site. 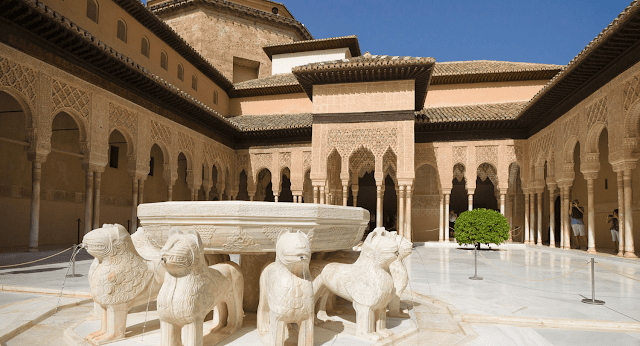 Get a full guided tour to every part of the Alhambra complex on a 3-hour guided tour. Hear about the history of the site, from the beginnings when it was a fortress until 1870 when it was declared a monument.  From :£39.00    Check availability

The Alhambra is home to many myths, legends and secrets. This is partly because many Spaniards believed their Muslim occupiers had occult powers and that the treasures of their palace were protected by spells.

The American writer Washington Irving collected many of these tales in a book.

The astrologer Ibrahim ibn Abu Ayub, for example, was said to have mastered the art of living forever, but only as an old man. In Granada, he put a spell on a beautiful princess and escaped with her under the Gate of Justice. Some say she can return (and the palace’s treasures will be revealed) only when the hand and the key carved into the Gate of Justice reach each other.

Others believe that treasure might be discovered by unlocking charms hidden in the complex ornamental stonework. 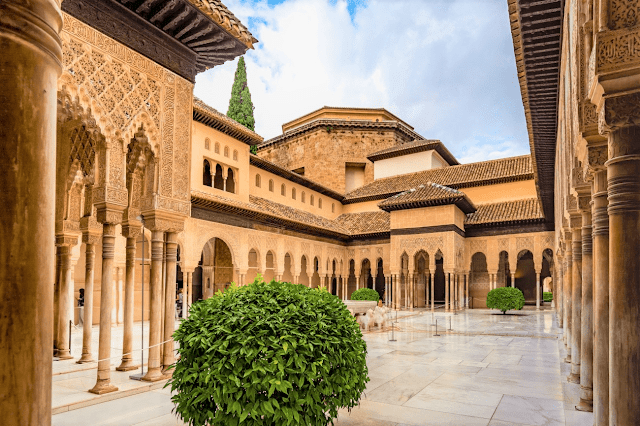 Many throughout history have searched for hidden gold on the site, but none has so far been discovered.

The most common phrase to be found carved in the palace walls (over 9000 times!) is a reminder – and perhaps a warning – to every treasure-seeker: wa la ghaliba illala (there is no victor but God).

The cheapest nicest hotels in Spain for January 2022 Check Prices

Don’t worry about confusing public transit routes and let someone else handle the logistics during this full-day excursion to the White Villages and Ronda.  Enjoy a combination of culture, cuisine, wildlife, history, and spectacular views as you pass through Zahara de la Sierra and Grazalema, before exploring one of the oldest towns in Spain: […]