Sicily is the Mediterranean Sea’s largest island and one of Italy’s 20 regions. It is formally known as Regione Siciliana and is one of the five Italian autonomous regions. The population of the region is 5 million people. Palermo is the capital city.

A trip to Sicily is a feast for the eyes, ears, and stomach. The Mediterranean island is a foodie’s dream, with rustic cuisine that takes advantage of the island’s wealth. Crispy/creamy arancini (fried rice balls stuffed with cheese and sauce) are heavenly mouthfuls.

Some of the world’s best sweets, such as chilly granita and decadent cannoli, are the result of Sicily’s sweet hunger. Give your stomach a rest and feast your eyes on Catania’s Baroque architecture or Agrigento’s magnificent holy structures.

There are seven UNESCO World Heritage Sites on Sicily. By the order of inscription:

1-Valle dei Templi (1997) is one of the most outstanding examples of Greater Greece art and architecture, and is one of the main attractions of Sicily as well as a national monument of Italy. The site is located in Agrigento. 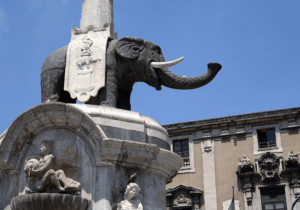 2-Villa Romana del Casale (1997) is a Roman villa built in the first quarter of the 4th century and located about 3 km (2 mi) outside the town of Piazza Armerina. It contains the richest, largest and most complex collection of Roman mosaics in the world.

3-Aeolian Islands (2000) are a volcanic archipelago in the Tyrrhenian Sea, named after the demigod of the winds Aeolus. The Aeolian Islands are a tourist destination in the summer, and attract up to 200,000 visitors annually. 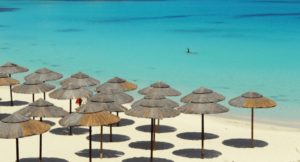 5-Necropolis of Pantalica (2005) is a large Necropolis in Sicily with over 5,000 tombs dating from the 13th to the 7th centuries BC. Syracuse is notable for its rich Greek history, culture, amphitheatres and architecture. They are situated in south-eastern Sicily.

6-Mount Etna (2013) is one of the most active volcanoes in the world and is in an almost constant state of activity and generated myths, legends and naturalistic observation from Greek, Celts and Roman classic and medieval times.

7-Arab-Norman Palermo and the cathedral churches of Cefalù and Monreale; includes a series of nine civil and religious structures dating from the era of the Norman kingdom of Sicily (1130–1194) 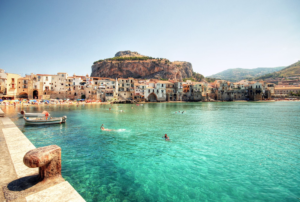 Jetradar searches travel and airline sites to help you find

Sicily’s Top 3 Things to Do 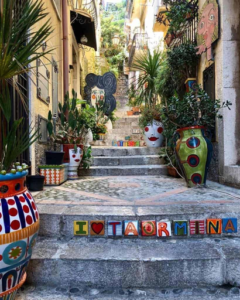 Love Sardinia: A lovely blend of sea, sand and history

Sardinia, the Mediterranean’s second-largest island after Sicily, offers a delightful mix of water, sand, and history.  Thousands of nuraghe (stone structures) dot the terrain, indicating that locals have been enjoying the pleasant climate for millennia. Sardinia has something for everyone, from the luxurious Costa Smeralda in the north to historic Alghero in the northwest […]