Travel To Prague: Get Bohemian

Prague is a the shining jewel of Central Europe, so well preserved it is seemingly frozen in time, and for part of the year that is literally true. Prague is the only major European city that managed to avoid bombardment during the World Wars, which provides for an enchanting and almost eerie 14th century feel when standing in the middle of Old Town Square. 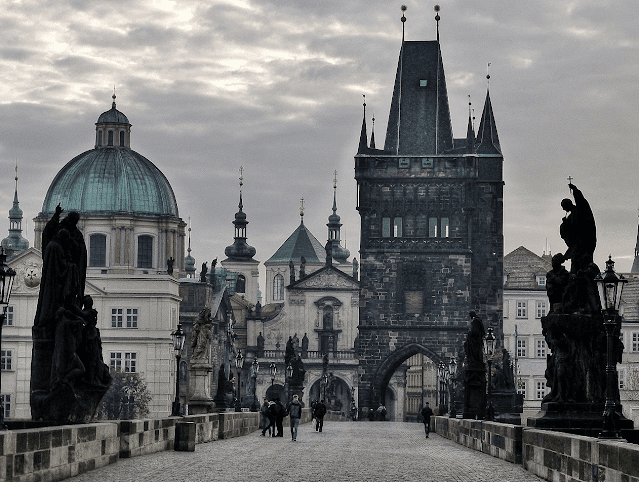 Travel to Prague to experience a society visibly layered with histories of occupations, transitions of avant-garde artistic and musical movements and, underneath it all, a firm commitment to everything Czech.

Catch a glimpse of why Prague earned this title by climbing to one of the many birds eye views of the citys gothic skyline. From Old Town Square, cross the famous, and miraculously still standing, 600-year old Charles Bridge (Karluv Most) and walk uphill past a number of interesting antique shops until you reach the beautiful 1,100-year old Prague Castle, the highest point in the city fortified by medieval walls and gargoyles. The enormous castle grounds have been the seat of the Czech government since the 9th century and include a number of museums and a beautiful cathedral. North from the city center is a giant set of stairs that scale an overgrown hillside.

The very top is crowned with a gigantic swinging metronome in the former site of where a massive statue of Stalin once looked out over the people of Prague below. Joggers, skaters, picnickers and bikers enjoy the vast acres of Letn Park beyond. 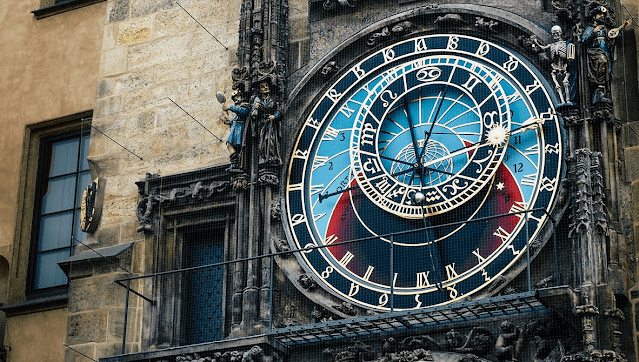 Petrn Hill to the southeast is a network of hiking trails and breathtaking lookout points of the magical city, particularly if captured at night. Crowning the hill, Petrn Tower is a replica of the Eiffel Tower constructed for the Prague exposition of 1891.

An Expression of Repression

The intense character and deep roots of Prague have been an inspiration to many culturally revolutionary figures and socially radical movements. Existentialism came to vibrant life in this Czech town, along with two of its most famous authors. Franz Kafka underwent his famous Metamorphosis is this city he called home and a fascinating statue has been recently erected in his honor near the Spanish Synagogue in the Jewish Quarter.

A stroll through Wenceslas Square is haunting of Milan Kunderas writings, particularly during one of the many exciting festivals held here that were formerly banned under Soviet rule. The square is even turned into an enormous oval track for a cycling race in the summer! Since 1989, music has once again flourished through the veins of the Czech Republic. Pragues National Theater is home to the prestigious philharmonic and opera, with regularly scheduled performances throughout the year.

From the seat of the Kingdom of Bohemia and the capital of the Holy Roman Empire to a Cold War lockdown and a modern day survival story, the Slavic inhabitants of this Vltava River Basin have been persevering their artful and traditional way of life since they arrived here in the 5th century. 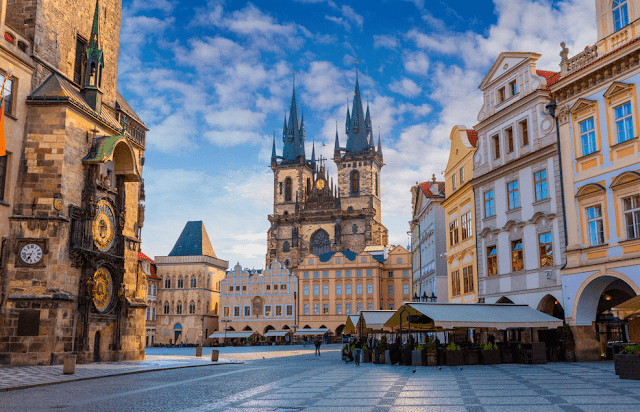 For a city that was under strict Soviet control for a solid 40 years, the timeless Gothic and Romanesque faades mixed with a string of cubist and modernist architecture seem to speak for the unbending will of the Czech people. Only a journey to Prague will reveal the steady beating heart of this effervescent city.

Check out some of the cheap Prague holiday deals you can book now for August including some all-inclusive options too!

The Czech governmenton Thursday ordered bars and clubs to close at 10pm. and banned Christmas markets to prevent one of the highest rates of coronavirus infections in the world. The new restrictions also include a maximum participation of 1,000 people in cultural and sporting events, stopping before the shutdown in neighboring Austria and Slovakia, […]

Because Finland, Hungary, and Luxembourg have been placed in the red category, which comprises high-risk nations in terms of the COVID-19 situation, unvaccinated and unrecovered persons will no longer be able to enter the Czech Republic without following necessary quarantine requirements upon arrival. In addition, according to the Czech Ministry of Health, tourists from the […]